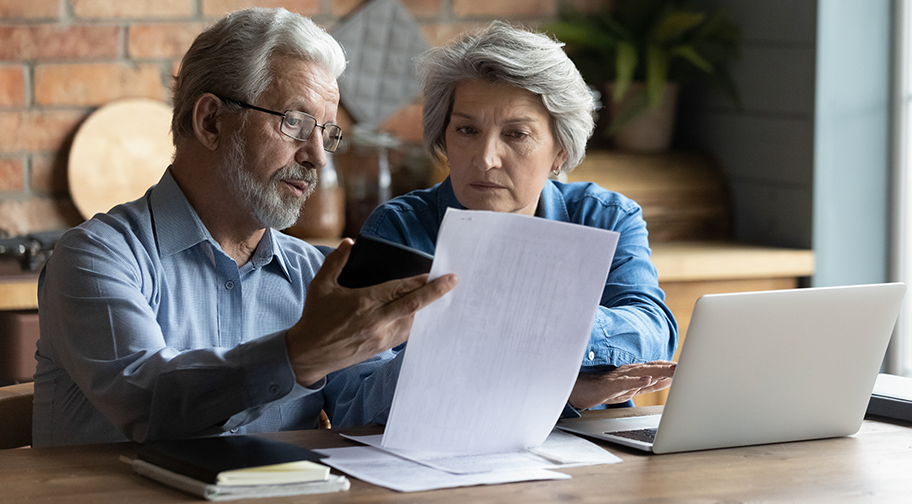 Market volatility continued last week as global markets tried to digest a slew of earnings reports and economic updates. Likely the biggest release was the U.S. GDP report for the first quarter, which showed the U.S. economy contracted by an annualized 1.4% over the first three months of the year. While the market initially responded positively, it was obvious by the end of the week that equity markets were nervous.

Adding to the apprehension were earnings releases that forecasted lower profits than expected for future quarters.

Home prices for the Case-Shiller indexes remained elevated in February, not just in the largest markets but nationwide. Meanwhile, new home sales fell 8.6% in March as inventory remained low and mortgage rates continued their rise.

PCE inflation remains stubbornly high, with the headline figure up 6.6% year-over-year and 0.9% month-over-month. The core number fell slightly to 5.2% year-over-year. The market will be paying close attention to the Federal Reserve this week as it meets May 3-4. 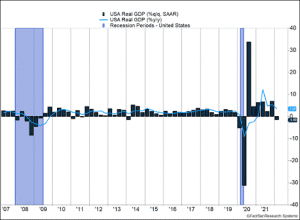 On the surface, the first quarter U.S. GDP report looked disappointing. The market expected an increase of 1% annualized but was greeted with an annualized decline of 1.4% instead. This came after 2021 showed strong growth throughout the year and was capped with 6.9% growth in the fourth quarter.

So why was this report seen as relatively positive? Two factors were significant drags on growth, both of which tend to be volatile: change in private inventories and net exports. The change in private inventories is a quirky calculation. It was reported as -0.8% since last quarter, but inventories increased during the quarter. The reason it’s negative is inventories didn’t rise by as much as the previous quarter when they increased 5.3%. In other words, Q1 was being compared to a huge number from Q4 2021, which it couldn’t keep up with even though it was still positive.

On net exports, there was a large shift in the amount of goods exported to other countries. The reason for this is twofold. First, demand for goods and services around the world declined over the first quarter because of the conflict between Russia and Ukraine, so there was less demand by foreign consumers to buy U.S. goods. Second, the goods and services produced in the U.S. got more expensive for international buyers because the U.S. dollar strengthened in the first quarter. These two factors led to net exports declining by 1.2% annualized.

Other than those two components, the report was largely positive. U.S. consumption remains strong, with demand for durable goods and services showing large gains. The increase in durable goods is important because it shows the production of larger items, especially vehicles, is increasing. That should help some of the inflationary pressures that come from scarcity. Similarly, the increase in services demand is positive because it indicates some COVID-19 fears have faded, meaning people are more likely to go out and spend money on experiences rather than things.

Another strong aspect of the report was business investment, which increased 2.2% from last quarter. This means businesses are spending to increase their capacity through information technology, machinery, and building out intellectual property, which should help alleviate some supply chain issues and allow them to keep up with demand.

Overall, the report indicates the U.S. consumer is still strong and companies are doing what they can to keep up with demand while relying more heavily on imports.

Many are wondering whether we are heading into a recession. In any given year there is a 14% chance that a recession will occur. Given the conflict in Ukraine, the continued supply chain issues, inflationary pressures, and the fact that an interest-rate-hike cycle is beginning, the likelihood of recession is higher than average, around 20%-25%. However, what’s keeping a recession from being the base case, or most likely scenario, is strong demand in the U.S. While the headline number from the GDP report may have added to some anxiety, underlying strength is keeping the economy on solid footing.