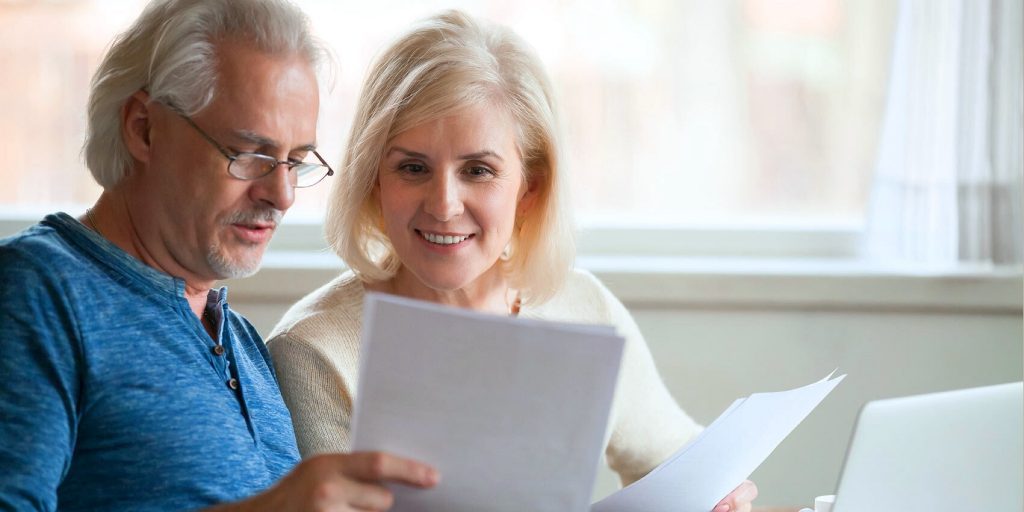 Last week, Democrats on the House Ways and Means Committee released a draft of their proposed tax plan, which includes changes to corporate, personal and other taxes, as well as retirement plans – though Social Security would be untouched.

The proposals are part of a $3.5 trillion domestic investment plan, with many of the tax and retirement account changes designed to help pay for that plan. And though the changes at this point are nothing more than proposals, it’s still worth breaking down what they would mean for Americans. The short version: Mostly good news for the ultra-high-net-worth, and some bad news for married couples.

While many of the numbers may change and some provisions may be dropped, Democrats in the Senate can pass the bill with just 50 votes thanks to the budget reconciliation process, so expect at least some of the proposals to become law in some form.

The highest personal income tax bracket would jump from 37% to 39.6%. Notably, this change would hit married couples harder than single filers – the top tax rate kicks in at $400,000 in income for a single filer, and $450,000 for married filing jointly.

Those income thresholds are slightly lower than what the Biden administration had proposed: $452,700 for single filers and $509,300 for married filing jointly.

The proposal also adds a 3% surtax on individuals with modified adjusted gross income over $5 million. Both this surtax and the higher top rate would begin in 2022.

The top rate for taxes on capital gains and dividends tax would increase from 20% to 25%, and at the same thresholds as the income tax proposal – $400,000 for single filers, $450,000 for married filing jointly.

That 25% top rate is a far cry from what the Biden administration had proposed – a 39.6% rate aimed at those with $1 million or more in income. At those lower income thresholds, the proposed capital gains tax will likely be more of a burden on the “regular” wealthy than the ultra-wealthy, especially for married couples just past the $450,000 mark.

If this provision becomes law, it’s difficult to say when it would take effect. The Biden plan would have had the tax increase be retroactive to April 2021, so any capital gains since then would’ve been taxed at the higher rate and earlier in the year. The Ways and Means Committee’s proposal would make the change effective after the bill was introduced – so, any capital gains since September 13, 2021, would face the higher rate.

Much like the proposed changes to the capital gains tax, these changes fall short of the Biden administration’s prior proposal. Biden had called for a lower exemption ($1 million for single filers, $2.5 million for married couples), as well as an end to the step-up in basis provision for inherited gains.

The Biden plan would have treated inheritances like a sale, requiring heirs to pay taxes on death. Currently, heirs can delay paying taxes on inherited gains until they sell them, and they can benefit from the step-up in basis, which adjusts the asset’s purchase price to its value on the date of the original owner’s death.

The top federal corporate tax rate would increase from 21% to 26.5% starting in 2022. That’s lower than the 28% rate proposed by the Biden administration, but would still put the U.S. rate among the highest in the world.

Starting in 2022, cryptocurrencies like bitcoin and ethereum would be subject to anti-abuse rules that currently apply to stocks, bonds and other securities. “Wash sale” rules are intended to prevent investors from taking advantage of tax benefits after selling a losing investment, then immediately buying back that same investment at a lower cost.

Currently, crypto investors can sell currency for a loss and claim a tax benefit, then buy the same currency back shortly after, potentially at a lower price than it was sold at. Under the proposal, crypto investors would have to wait 30 days before rebuying that currency in order to avoid penalties.

Individuals would be prohibited from making contributions to a traditional IRA if the value of the account exceeds $10 million – though that limit would only apply to single taxpayers with more than $400,000 of taxable income and $450,000 for married couples.

Since Roth IRAs already limit contributions based on income, these changes would only apply to traditional IRAs. And other retirement accounts – 401(k)s, for instance – aren’t subject to these limits.

Changes to RMDs for High-Income Earners

Currently, required minimum distributions (RMDs) begin on retirement accounts after age 72, and are based on criteria set by the IRS and the value of the account. The legislation would raise RMDs for those with large accounts and a high taxable income.

Furthermore, individuals with account balances above $20 million would have to pull from Roth IRAs and 401(k)s first, either until the balance drops below $20 million or the accounts are depleted.

Keep in mind this is not counting inherited retirement accounts, which are generally required to be withdrawn within 10 years of a non-spouse inheriting the account. This rule was put in place as part of the SECURE Act in 2020.

Currently, anyone, regardless of income levels, can convert assets between traditional IRAs and Roth IRAs – though there are limits on Roth IRA contributions based on income.

The Democrats’ proposal would disallow Roth conversions for single filers with income above $400,000 ($450,000 for married filing jointly) – though this provision wouldn’t kick in until 2032.

An End to ‘Back-Door’ Roth Conversions

The Democrats’ proposal would end “back-door” Roth conversions in 2022 by barring after-tax contributions from being converted or rolled into Roth accounts or Roth IRAs. But the provision wouldn’t end all conversions, as tax-deferred dollars could still be converted to a Roth IRA.

Though it’s not a specific piece of the proposed tax bill, many of its provisions carry a “marriage penalty” of sorts. In most instances, the top tax rate for individuals begins at $400,000 in income. But for married couples, it’s just $450,000. That can be something of a raw deal for married couples.

In addition to facing higher taxes, married couples’ ability to save for retirement would also be impacted. Namely, since high-earning married couples would be more likely to land in the highest tax bracket compared to single filers, they’d have more incentive to contribute to tax-deductible retirement accounts, like a 401(k), in order to reduce their tax liability.

If any of these proposed changes would affect you, you don’t need to worry just yet. Even if the bill were signed into law today, many of its provisions don’t kick in until tax year 2022.

And, as previously stated, this is still just a proposal – a lot could change between now and the time this bill actually passes. If you’re worried some of the provisions will change your planning strategies, talk with your advisor today to discuss options.