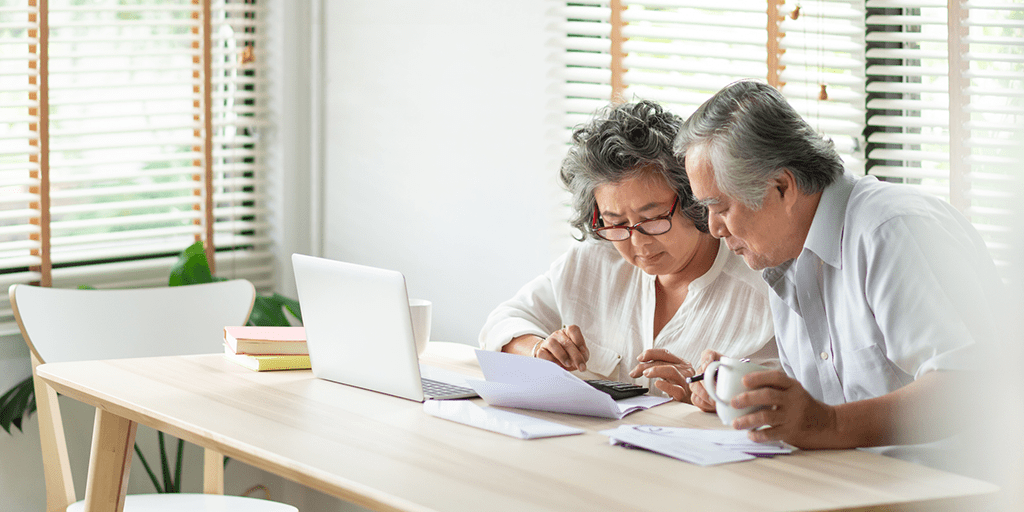 You might have more money stashed away in the Social Security trust fund than anywhere else. In fact, what you put into Social Security very well might be your biggest asset and future source of retirement income.

Many people don’t think about it that way, but we may need to start doing so.

The Social Security trust fund might run out of money sooner than we originally thought. The timeline may move a few years earlier depending on what we find out from the 2021 Social Security Trustees Report. Some suggest it could go from 2034 depletion to 2031 – or even 2030.

Despite the current funding challenges, not planning for Social Security benefits in retirement shouldn’t be the route we take to address this, as that might become a self-fulfilling prophecy and most people just don’t have enough saved to offset the loss of Social Security in retirement.

Putting It Into Perspective

We need to reframe in our minds how we think about Social Security. Let’s look at it from the perspective of how much we’re paying into it today so we can frame its importance as compared to other immediate expenses or savings.

You often hear people say, “Oh, I get a 5% match on my 401(k) at work.” While that’s great, we have to remember that your employer is likely matching 6.2% of your taxable wage base to help fund your Social Security benefits – and, to be honest, that’s probably more than they’re putting into your 401(k).

However, if you are self-employed, you are paying both sides – employer and employee – for a total of 12.4% each year up to your taxable wage base.

This also isn’t just an issue for retirees anymore either, just take a look at younger workers too. While millennials are widely talked about as though they are still incredibly young, we’ve got millennials closing in on and passing age 40. This cohort especially – soon to be entering their mid-career years – really needs to care about the funding and status of Social Security.

Take the 41-year-old millennial who has been paying into Social Security their entire 20-year working career. If this person makes $100,000 a year and has been paying in 6.2% of their annual income for 20 years now, they and their employer have each paid in $124,000, for a total of $248,000. That might be more money than this person has saved elsewhere.

Let’s look at averages of 401(k) balances for a 40-year-old from sources around the industry:

Though the averages across different industry sources vary, they’re all under $100,000, and definitely all under the $248,000 our hypothetical millennial has put away in the Social Security trust fund 20 years into their career. This also highlights the fact that even for millennials there is a huge reliance on Social Security as a future retirement income source.

The Problem With Not Banking on Social Security

More people than ever are starting to accept that Social Security won’t be around for them when they retire.

That’s when this becomes a self-fulfilling prophecy – they think, “I’m not going to have Social Security when I retire,” and they’ll be OK with it if somebody proposes one day to cut Social Security benefits altogether. Afterall, they’re banking on not having it.

The problem with that mindset is that nobody is saving enough to offset the loss of Social Security.

If you’re of the mindset that Social Security isn’t going to be around when you retire, and you’ve accepted that as truth, that’s perfectly fine. However, you must start saving an extra 12.4% of your income per year to offset that loss.

That isn’t occurring right now – even among people who think Social Security won’t be there. We just have a shortfall, and currently there won’t be enough money for people’s retirements.

The Current State of Things

As previously stated, Social Security might run out of money much earlier than previously reported due to the impacts of 2020. As such, cuts to benefits or increased taxes to help fund the system are likely on the horizon.

While President Joe Biden ran his campaign on the notion that he was going to work to fund Social Security by adding a payroll tax for people making up to $400,000 per year, it’s unlikely we see just a pure tax increase with no cuts or improvements to the system. President Biden has also discussed changing how inflation is calculated with Social Security benefits, modernizing the system to cut down on waste or fraud and increasing benefits for lower-income Americans.

While Social Security funding could be addressed as part of a tax bill later this year, it is such a huge part of the government that it may end up being its own separate bill. Keep your eye on what might happen as the fall progresses.

Also keep in mind that with the impending release of the Social Security Trustees Report, we’ll know for sure what the target year for the trust fund’s depletion is, and we’ll be able to better gauge how we should plan.

If you’re still in the planning stage and not yet near claiming age, there’s nothing you can directly do about Social Security today, but you can consider two future scenarios:

As things stand, there is definitely going to be a shortfall in Social Security benefits, and many advisors are planning for that reduction of payments into financial plans. But you’ll also need to explore what you are saving today and what other sources of income you might need to offset that shortfall.