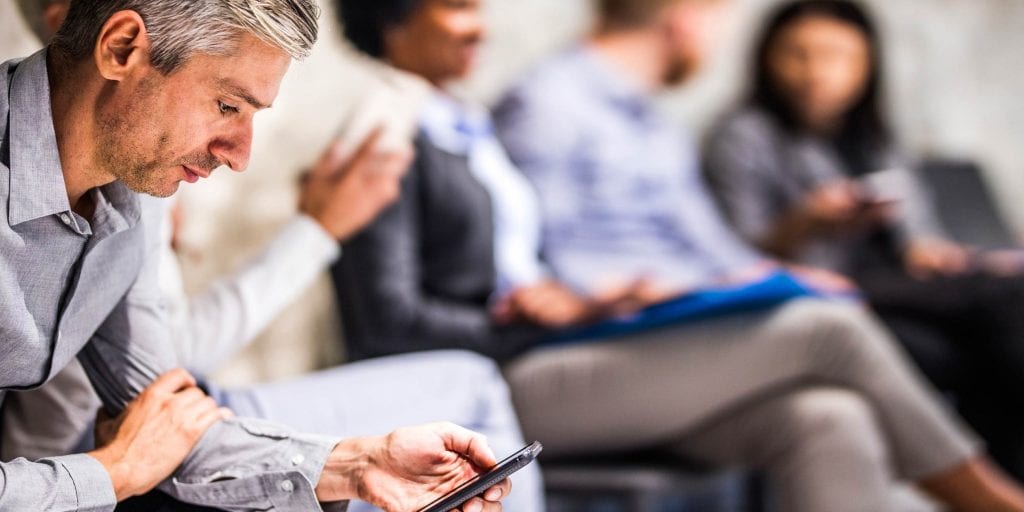 The U.S. job market added only 266,000 jobs in April, missing expectations of nearly 1 million. March’s gain of more than 900,000 new jobs was revised down to 770,000. The data show the U.S. job market slowed rather than accelerated in April. The leisure and hospitality industry experienced the biggest gains, adding more than 331,000 jobs. Unemployment increased to 6.1% as more workers reentered the labor force and more people became fully vaccinated. The timelier initial jobless claims report fell below 500,000 for the first time since the pandemic began.

Many reasons were cited for the weak jobs performance as prognosticators and politicians seemed surprised by the data. Most economic data are adjusted for seasonal trends to improve comparisons between months. Those adjustments pushed employment gains lower. Some argued enhanced unemployment benefits made getting a job less lucrative for many. Others pointed to parents staying home to care for their children because many school districts have not reopened to in-person education. Even taking the explanations into account, what was expected to be a ferocious recovery turned out to be far too tame.

Retail sales in the U.S. and Australia along with U.S. industrial production data will provide insight into the strength of the consumer and manufacturing. For those concerned about inflation, consumer prices in China and the U.S. will also be released this week. 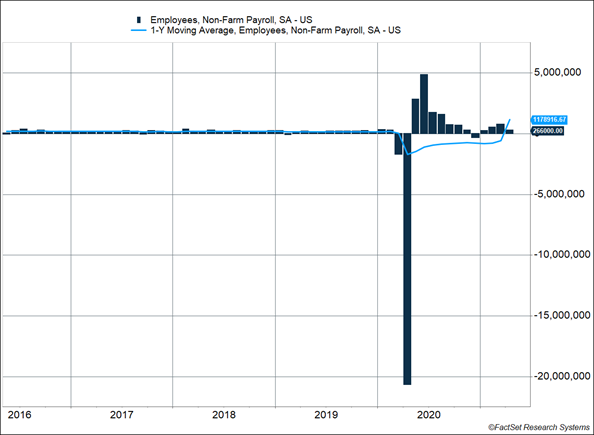 The U.S. economy added or recovered far fewer jobs than expected last month, producing a mere 266,000 new jobs. In a normal month, that would be very strong, but not amazing. During a period when stimulus checks and vaccine shots were flowing, it is disappointing.

The poor results produced some humorous moments. On CNBC, minutes before the results were announced, the host asked the panel of experts for their expectations. The group was optimistic. Estimates ranged from 1.15 million to 1.50 million new jobs. When the data came out, the actual number was so much smaller than expected the reporter thought it might be an error. The combination of more people reentering the labor force and the weak jobs report pushed unemployment up to 6.1%.

The whole episode should reassure investors important economic data isn’t available to some people ahead of the release. Economic prognosticators were roundly surprised as were politicians whose talking points suggested they weren’t anticipating a result this poor.

There a number of explanations for the poor report:

All these factors are likely partially true. Seasonal adjustments have become more challenging. Yet, those adjustments are part of the models and are included for good reason. Construction hiring goes up in April because it is warm enough to work outside in colder states. It happens consistently enough that the model adjusts the raw data to improve comparisons between periods.

Bonus unemployment benefits were cited by the U.S. Chamber of Commerce for the weak data report. Many reports included anecdotal evidence of businesses unable to attract workers they wanted to hire. Companies seemed to compensate by raising hours worked and in some cases increasing salaries. The average work week increased by 0.1 hours, and salaries increased 0.9% in just one month. The wage gains were surprising in a month when many of the new jobs were in traditionally lower-paying industries, such as leisure and hospitality.

Schools remaining closed have pressured many families to cut back the number of people working and, for some, the number of jobs they work. Elder care is also keeping more people at home during the pandemic. The percentage of working-age males in the economy grew 0.3% last month, but it was flat for women, who seem to be the ones staying home more often.

Considering all these factors, it was still a poor report, and the meagre results underscore how hard it is to predict or shape a massive economy. As Federal Reserve Chair Jerome Powell noted months ago, “Forecasters need to be humble and have a great deal to be humble about, frankly.”

The stakes for the May report are now high. Multiple large stimulus bills have passed, and the expectations for how those bills would affect growth were not met in April. Wage increases also raised the risk of modestly higher inflation, although this would be welcome as lower-wage positions were catching up with the gains for higher-wage earners before the pandemic. One weak economic report doesn’t ruin a recovery, but we’ll pay extra attention to the next one.

This newsletter was written and produced by CWM, LLC. Content in this material is for general information only and not intended to provide specific advice or recommendations for any individual. All performance referenced is historical and is no guarantee of future results. All indices are unmanaged and may not be invested into directly. The views stated in this letter are not necessarily the opinion of any other named entity and should not be construed directly or indirectly as an offer to buy or sell any securities mentioned herein. Due to volatility within the markets mentioned, opinions are subject to change without notice. Information is based on sources believed to be reliable; however, their accuracy or completeness cannot be guaranteed. Past performance does not guarantee future results.

The Standard & Poor’s 500 Index is a capitalization-weighted index of 500 stocks designed to measure performance of the broad domestic economy through changes in the aggregate market value of 500 stocks representing all major industries.

The Bloomberg U.S. Aggregate Bond Index is an index of the U.S. investment-grade fixed-rate bond market, including both government and corporate bonds.